Israeli schools aim to provide students with a sense of personal growth and fulfillment, of self-worth, competence, and accomplishment. Elementary, middle and high school in Israel is meant to be an experience of discovery, and a response to the natural curiosity of young minds helping young people grow into positive and productive members of society.

These are the stated goals of the Israeli Ministry of Education, and Naale’s high school in Israel program helps achieve those goals for its many international students.

Naale Pedagogical Director, Dalit Ravid Hameiri, explains for us a bit about the Israeli educational system and what students in the Naale high school in Israel program can expect during their four years of study.

Like in most countries, Israel schools are divided into four stages, including pre-school and kindergarten; elementary school from first to 6th grade (sometimes till the 8th grade and then they skip junior high); junior high from 7th grade to the 9th grade, and high school from 10th (sometimes 9th) to 12th grade.

The goal of education in kindergartens is to give children social skills, to bring the children together with a peer group under the supervision and leadership of educators. Kindergartens in Israel aim to create an arena for the children that is a safe, free and open space where young children can develop and explore.

The goals of education in elementary school are to impart build blocks and skills in four core subjects: language (meaning Hebrew), math, science and English, as well as to impart life skills.

Middle School aims to provide a broad interdisciplinary education, both in social and academic skills which cultivate critical and analytical thinking in different situations including in texts and from other sources. Skills for written and verbal expressions are emphasized and students learn how to present topics in research papers and other reports.

Study levels and the grading system in high school in Israel

In addition, grades in Israeli schools are given according to a numbered system with 100 being the highest, and 55 being the minimum passing grade. Grades are determined by a variety of factors including class work, attendance, exams scores and a final class grade. 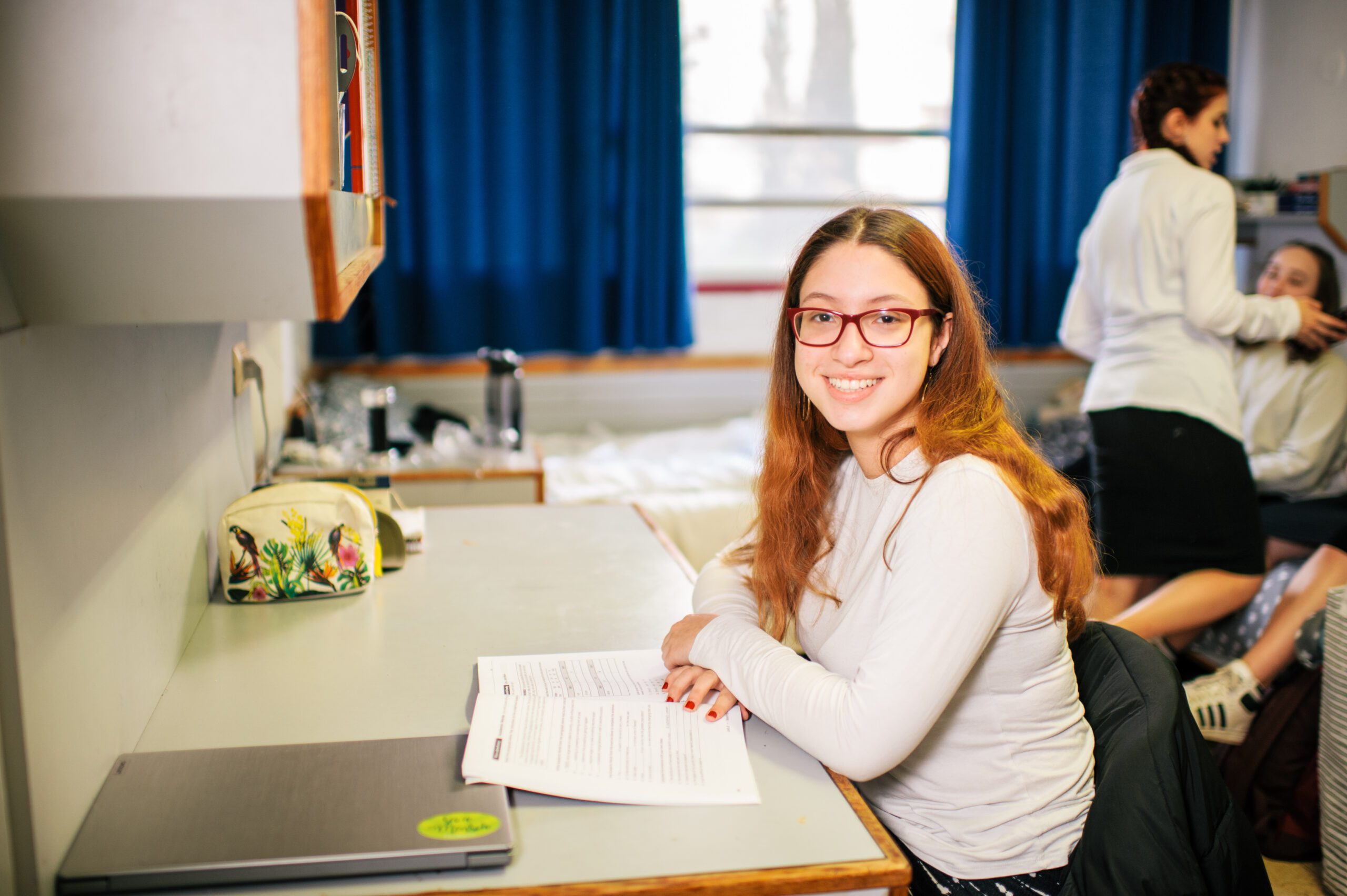 In high school in Israel, students begin to prepare for the bagrut, or national matriculation exams, administered by the Ministry of Education. Most of the exams are written, though the language exams also include an oral component. Passing the bagrut exams in various subjects earns the student points that are combined to earn a bagrut diploma, explains our pedagogical director Dalit Ravid Hameiri. Receiving a successful bagrut diploma qualifies graduates to attend university in Israel and in most countries.

Participants in Naale high school in Israel will complete these exams which take place in 11th-12th grade and include exams in the core subjects of Hebrew, bible, history, literature, and civics each for two units of study, and English and math which can range from three to five units of study. Elective subjects such as art, biology, chemistry, physics and music are usually five units of study, Hameiri says.

Some exams, such as in history, are adapted for new olim, and part of the bagrut exams are available with questions translated into various languages including English, Spanish, French and Russian which is very helpful for Naale students, she adds.

Naale students are given assistance to prepare for their exams. As all students in Israeli high schools, Naale students may also retake an exam to improve their scores.

In addition to the mandatory subjects, says Hameiri, students also must fulfill other required components for the bagrut diploma including electives, volunteer work and physical education. She explains that all high school students in Israel also choose one or two “megamot,” or majors, which are electives studied at an advanced level in a specific subject in the humanities, sciences or technology. Naale high school in Israel programs offer a number of different megamot which may also vary from year to year depending on the High School.

There are also many volunteer opportunities from which the students can select those best suited to their interests and skills.

All of Naale’s students receive a great deal of support to help them successfully prepare for their bagrut exams, Hameiri emphasizes.

“Our goal is for all our Naale students to finish their high school in Israel with a full Israeli bagrut diploma. This way they can integrate fully into Israeli society, if they decide to stay,” she said.

Students begin the Naale high school in Israel program in either 9th or 10th grade, and their first year of study is built around studying Hebrew in an ulpan, preparing them to attend classes in Hebrew the following year alongside their Israeli peers according to each school’s practice. During the first year of the program, they also study English, math, science and physical education as well as social and current events, Hameiri says. Naale students continue to receive support to help them reach the level of Hebrew necessary to succeed in mainstream classes and in tutoring.

There are several circles of support for all of the Naale students—both academically and emotionally.  Strong supportive bonds are built with their school homeroom teacher, who teaches certain subjects to the students.  Dorm counselors, or in some institutions house mothers, also provide important emotional support for the students, and a social worker who usually speaks the students’ native language is also available to help students with any issues that may arise.

In addition, a psychologist/clinical social worker from the Naale administration who speak the students’ native language and who guide the staff are available for the students. A Naale educational advisor regularly meets with students as a group and facilitates dialogue and conversations to discuss any issues that may come up during the week.

Academically the schools provide for fully subsidized, private tutoring sessions in addition to the tutoring available at the schools, she says.

One of the strongest bonds formed, however, notes Hameiri, are the bonds of friendship and support which develop among the students themselves.

Participating in extracurricular activities plays a big role in the lives of students in Israeli schools and Naale students are no different: they enjoy a wide variety of programs and activities including youth groups, sports, music and field trips.

“Often new Naale students don’t know the “aleph-bet” in Hebrew,” acknowledges Hameiri. “It takes time to adapt but it is really unbelievable how even within a few months they start speaking basic Hebrew and are able to understand a lot of what they read. And within three years they are able to complete their bagrut diploma and they really succeed in integrating into Israeli society. All our Naale staff at our Israel high school programs go above and beyond and invest so much love and effort to assure that these young people will succeed.”

In fact, she says proudly, 94 percent of Naale graduates complete their Bagrut high school diploma—which is way above the 76 percent national average.